Skip to content
Germany will face Spain in the final of the 2017 UEFA U21 European Championship on Friday, June 30, after both teams won their semi-final matches on Tuesday.

A Saul Niguez hat-trick helped Spain beat Italy 3-1 at the Krakow Stadium in Krakow, Poland. Germany made it through after beating England in a penalty shootout but only after Southampton forward Nathan Redmond missed the crucial spot-kick. The two teams had drawn 2-2 after extra time at the Tychy Stadium.

Before a preview of the showpiece game at the Krakow Stadium, here are the schedule and live-streaming details for the final:

This is a fitting final, since it matches the two best teams at the tournament against one another. There is an abundance of quality in both sides, an abundance most obvious in their respective midfield ranks.

The Spain midfield is surely the envy of every team in the competition. Barcelona’s Denis Suarez is a cultured playmaker who can thread multiple passes between the lines, while Niguez is a box-to-box workhorse with a knack for finding the net.

His qualities as a finisher were enough to dump out Italy, while also putting the Atleti ace in a distinguished bracket of U21 stars who have netted three times in the same game at this level, per Squawka Football: 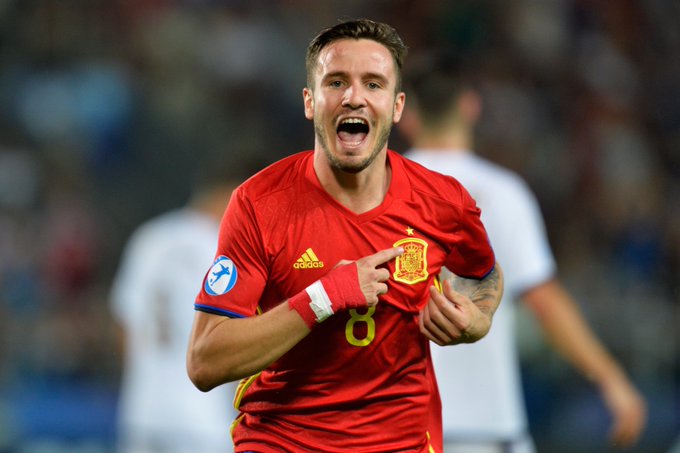 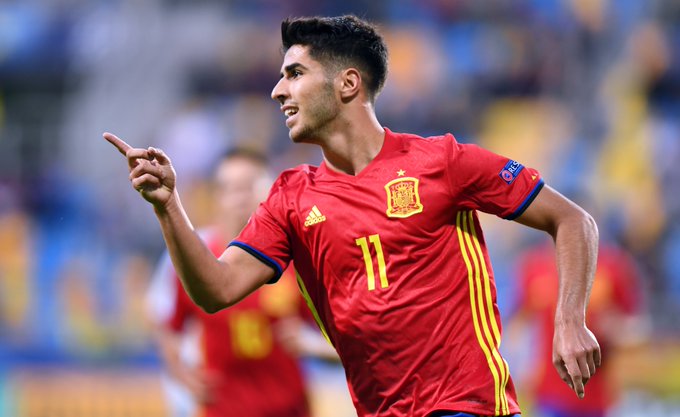 Niguez and Sanchez are a brilliant pairing, but they are supplemented by outrageously gifted Real Madrid youngster Marco Asensio. The 20-year-old is a classy presence markers have a hard time tracking between the midfield and forward lines.

Saúl is the third Spanish player ever to score a hat-trick at the U21 Euros:

It’s a testament to Spain’s plethora of creative aces in the middle, when a player as gifted as Malaga schemer Pablo Fornals usually has to occupy a seat on the bench.

Yet it’s a similar story for Germany, where Max Meyer, Mahmoud Dahoud and Maximilian Arnold pull the strings from central areas. Their quick and intelligent, one-touch passing produces some artful combination play for Die Mannschaft.

Centre-forward Davie Selkie, who found the net against England, has naturally benefited from such a prolific supply line:

While the players operating along the spine of each team have been excellent, both nations are also blessed with prolific wide players. For Spain, Gerard Deulofeu and Dani Ceballos are as tricky as they come, capable of tying any defence in knots.

Davie Selke has been directly involved in more goals (3) than any other German player at the U21 Euros.

Yet Germany are no slouches on the flanks, either. They can rely on Bayern Munich’s Serge Gnabry for perceptive movement, pace and goals.

This final will present an embarrassment of riches in terms of precocious attackers, making picking a winner a no easy task.

Germany are always tough to beat in a final, but their defence can be vulnerable, as England proved. Spain have the arsenal to ruthlessly exploit any hint of weakness.