The Pacific archipelago of Vanuatu is leading a push to standardise production of kava in a bid to increase exports of the narcotic drink and improve the quality for local drinkers.

The sedative brew is made from the roots of the kava plant, a member of the pepper family. As a drink it looks like muddy water and has a bitter aftertaste, but it is popular in the islands for its relaxing, narcotic properties. 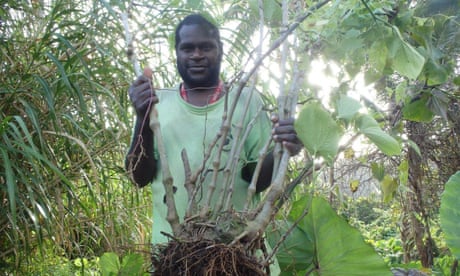 The Alcohol and Drug Foundation in Australia classifies kava as a depressant drug, and it is illegal in some parts of the country, as well as in some member states of the European Union, such as Poland.

Kava earns Vanuata around US$7.5m a year, with the majority exported to the west coast of the US where specialist bars have sprung up, as well as to Pacific communities in Australia and New Zealand.

To increase sales and its value as a commodity, the Pacific islands have banded together to try and increase the quality of the drink.

Vanuatu has introduced quality testing of all its exports and is in talks with other Pacific nations to introduce testing for their kava products.

Vincent Lebot, a scientist with the Vanuatu ministry of agriculture, said the focus on standardising the product follows a ban by some European nations after poor-quality kava pills flooded the market and tainted its reputation.

“The Europeans damaged the prestigious reputation of the traditional beverage when they banned products made in Europe with imported non-controlled raw material and when they called their poor products kava,” says Lebot.

“Europeans have misused this word and they have convinced potential consumers around the world that kava could be hepatotoxic. So the Pacific island countries want to protect the reputation of their traditional beverage and avoid this type of problem in the future.”

Vanuatu’s biosecurity director. Tim Tumukon, said the demand for kava was currently outstripping supply, and current projections have kava revenue from exports doubling in the next two years.

But as the popularity of the drink grew, the need to protect the product as a premium and safe drink had become paramount to tiny Pacific nations that had limited income streams.

“Different plants are having different effects, and we have developed a test that can distinguish the best varieties from the inferior ones and that will give us an indication of what we can allow for export and what we cannot,” said Tumukon.

“As demand has outstripped the supply that has impacted on the types of kava that are being exported. We have to be more vigilant at the border with our testing, because the demand is so strong there are people trying to export inferior types of kava, so it is very important we are methodical with our testing.”

Although the regional standards are still in draft form the eventual aim is to have kava “appellations of origins”, said Lebot, just like Scottish whisky, darjeeling tea, Korean ginseng and champagne.